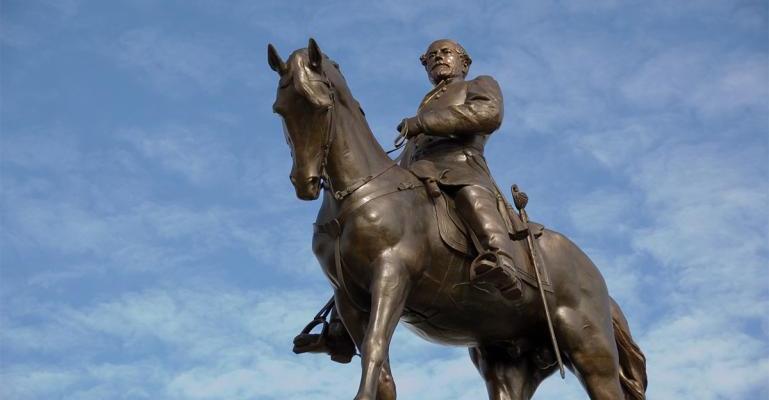 Sequoia and King Canyon national parks have removed all mentions of the Confederate General Robert E. Lee from their parklands and materials countrywide. Protests have had success, at least in this regard, of taking down public monuments that have honored figures that were associated with slavery.

Many protests bring the point that National Parks are to protect and preserve cultural treasures, while paying homage to a Confederate general pays homage to what he represents which is not quite a cultural treasure. Three sequoia trees have been named after Lee, including one of the largest trees in the world.

Lee, though he was a mighty commander and great general, was a slaveholder who would whip what he considered his “property” brutally. A lot comes from a name. A name is meant o honor one who has fallen before, and also remind us of what they’ve done for our country. However, the idea of a tree towering above you to remind you of the horrendous practice that plagued this country is not the memory you want to induce at a national park. The majestic trees are symbols of the resilience of America, and should be seen a such, not the unwelcoming shadow of previous practices.

This tree should be renamed. The General Lee tree is a part of a national monument, but only an act of Congress is able for renaming the living tower. Some will argue that it isn’t fair to implement judgment based on modern actions on a historical figure, or that a name shouldn’t matter, but we can go back to what the general himself said. There’s no need “to keep open the sores of war, but to follow the examples of those nations who endeavored to obliterate the marks of civil strife.” It would make sense that he wouldn’t mind this being applied to his own memorial? The civil war was definitely a time of civil strife, and perhaps it would be better to honor the heroes rather than the villains in our nation’s history.

A blessing is not a blessing until its passed on, Please Share this: